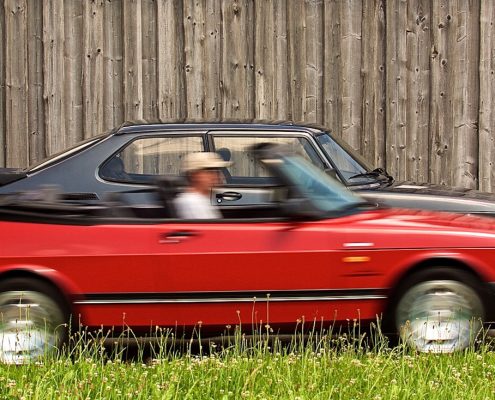 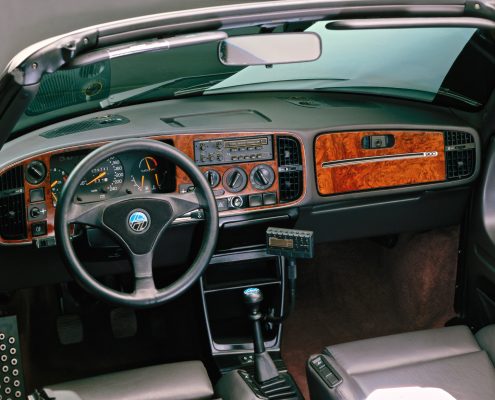 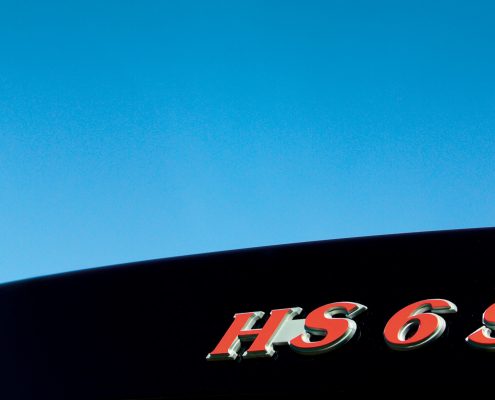 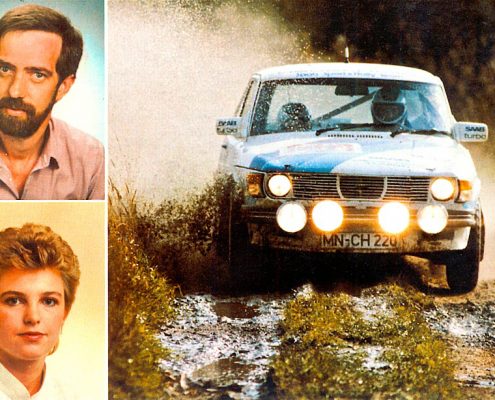 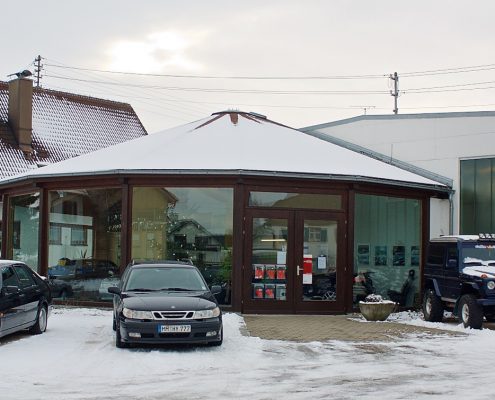 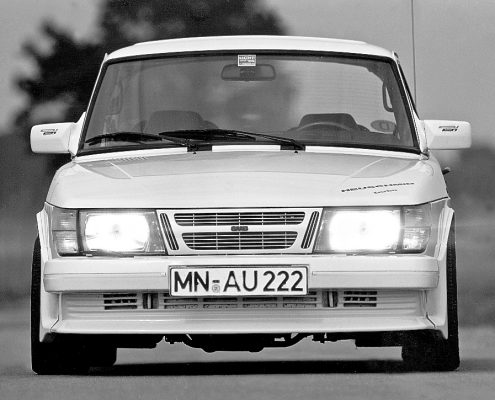 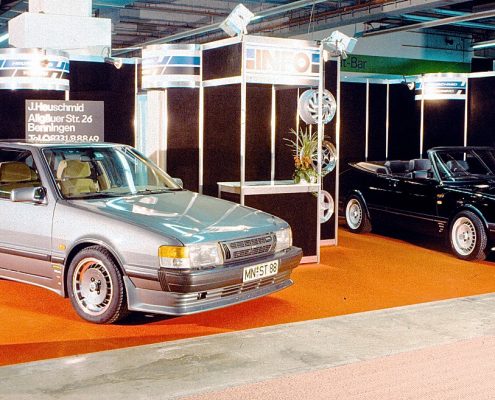 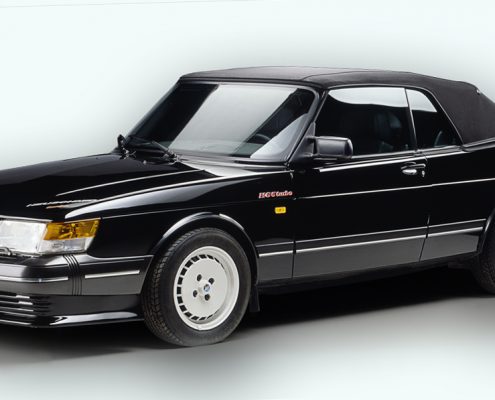 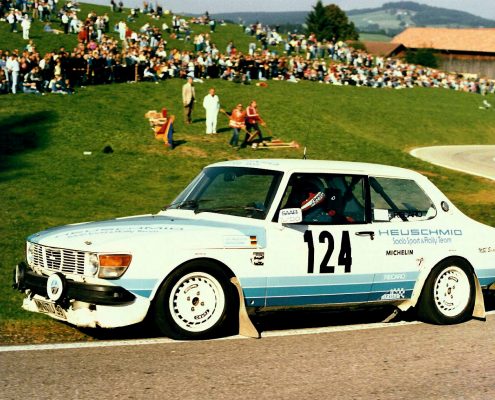 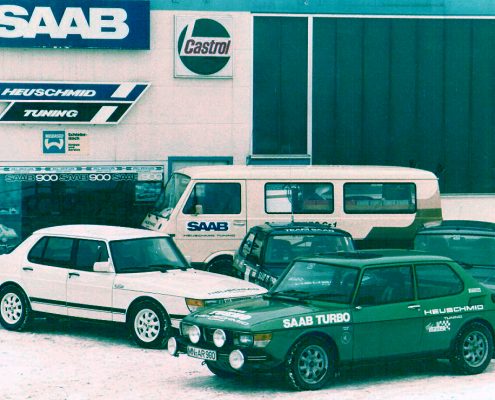 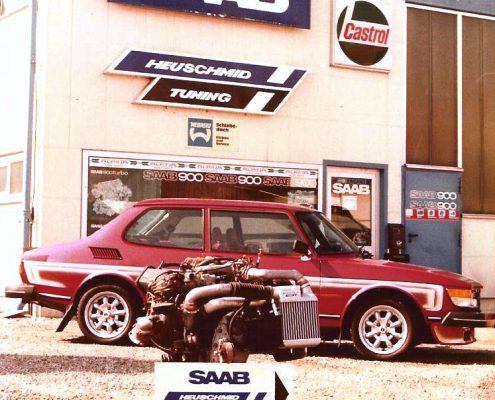 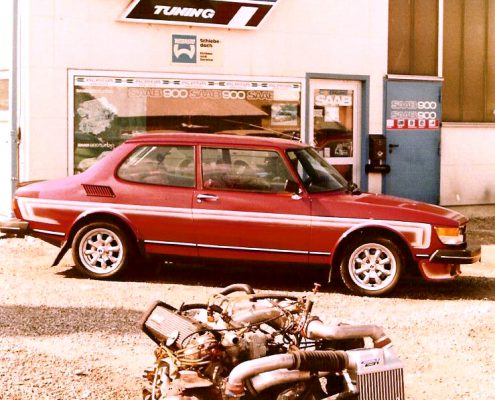 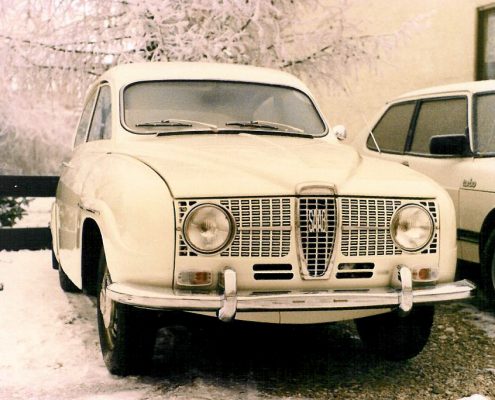 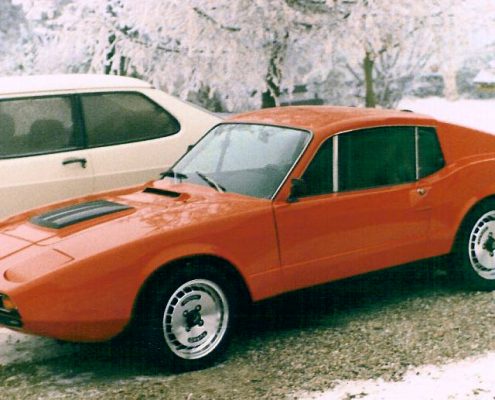 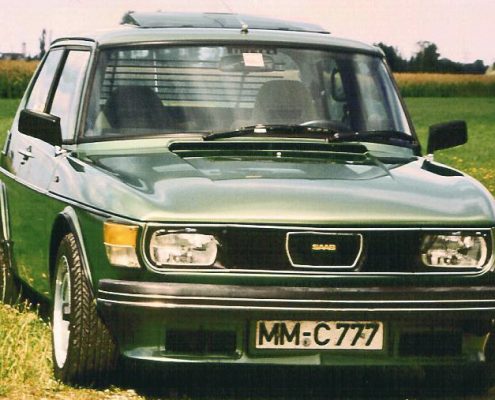 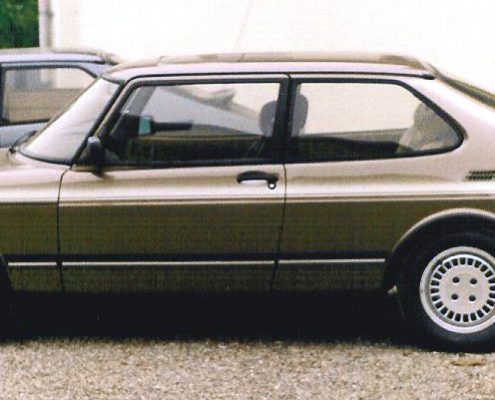 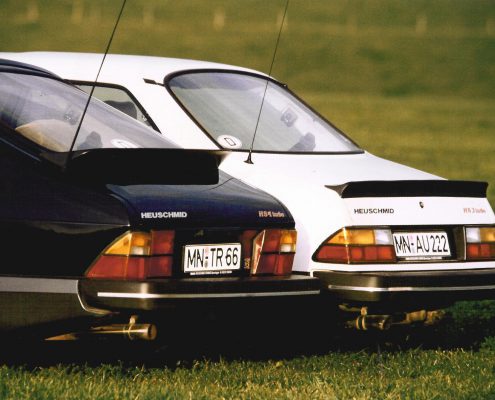 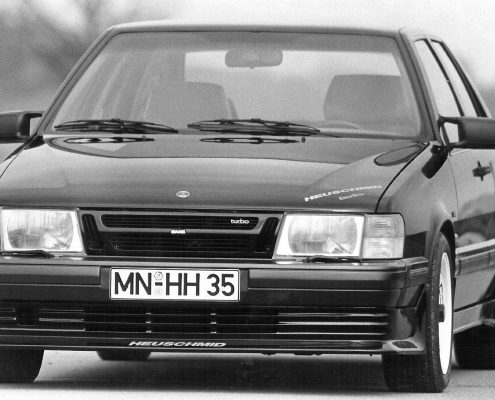 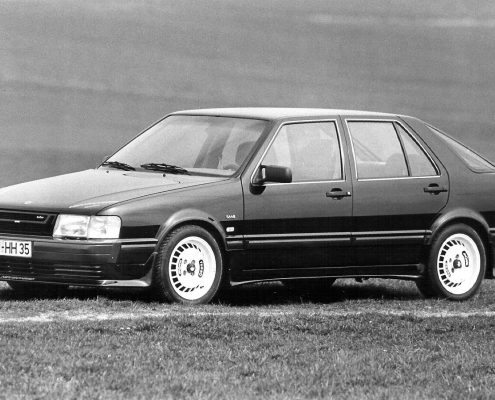 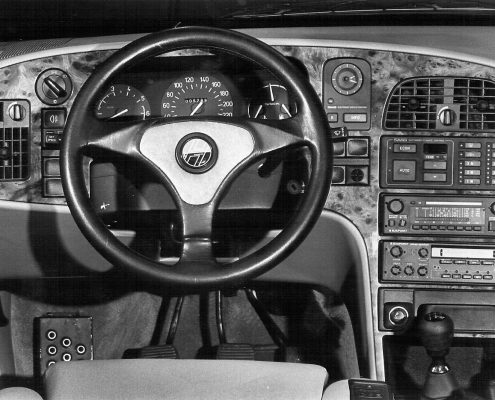 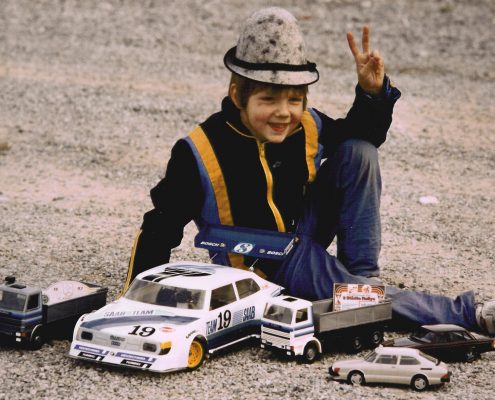 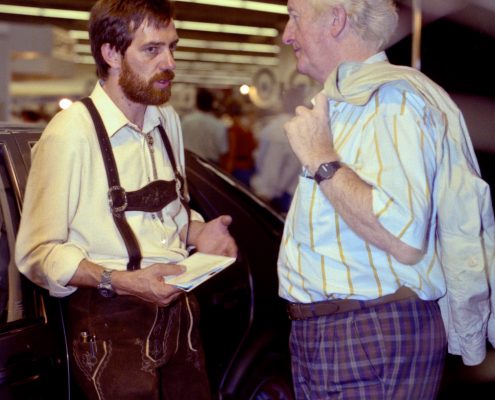 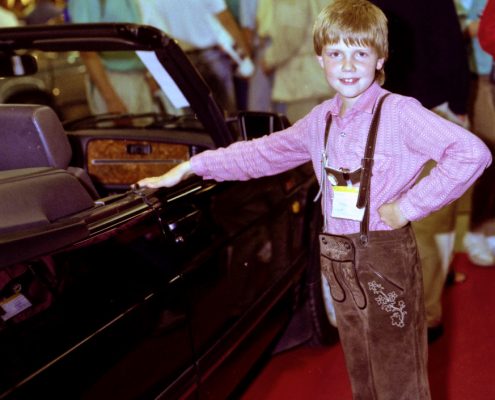 Start of developing rallye-cars for SAAB

First own alloy wheel for the SAAB 900: Ronal Turbo

Introducing the Airflow set for the SAAB 9000

Cooperation with SAAB seized due to the restructuring of SAAB

Relocation the new Heuschmid GmbH into the old companies building and setting up the specialised SAAB 900 tuning and servicing.

In addition the complete HIRSCH range with the high performance Viggen and Troll models.

Developing an exchange for used spare parts for all SAAB models.

HEUSCHMID moved to the new location at Industriestraße 1 in Benningen with the extended show room and work shop and storage area. About 1800sqm allow to keep the customer vehicles currently in service or overhaul indoors.

HEUSCHMID celebrated its 33rd anniversary. On 14 June SAAB enthusiast, long term customers, friends and partners of HEUSCHMID got together for the event on the meetingpoints with the SAAB 99, 900 and 9000 models.

Again more space for the expanding operations is needed.

On August 2012 HEUSCHMID moved to the 3100sqm building in Öbergünzburg.

The youngest of the HEUSCHMID sons, Florian Hagn (Heuschmid) joined the company as an apprentice for automobile mechatronics.

Extending the storage area with another 1000sqm and administration.